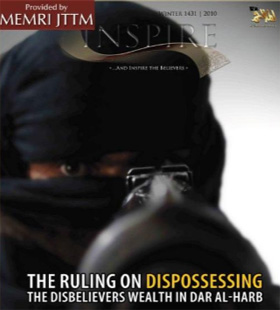 Yesterday following the horrific terror attack in London, which left 5 dead including an American tourist and 20 injured, British journalist Tommy Robinson unloaded on other reporters at the scene of the attack in front of the Parliament Building.

Tommy Robinson, a former English Defense League leader, ripped into liberal politicians who have opened the doors to Islamic terror attacks in the UK.  During an interview with Rebel Media, Robinson criticized the political leaders of Britain and their choice to allow open borders in which millions of largely unvetted migrants take advantage of.

The reporter asks Robinson why he is so quick to label the event a terrorist attack. He responds by saying, “Because my head is not up my a**.”

Robinson then goes on to cite a report that claims over 50,000 British Muslims downloaded Al Qaeda’s terrorist publication called Inspire, which includes radicalizing messages and even detailed guides on how to carry out terror attacks on the West.

“I have information that shows there was four terrorist attacks last week in France,” shot back Robinson. “There was 12 planned last year. Driving your car like this man has done is exactly what the ‘Inspire’ magazine, which is Al Qaeda’s magazine, which was downloaded by 50,000 British Muslims last year… 50,000 British Muslims downloaded a terrorist manual.”

The reference Robinson made to the 50,000 downloads (actually it’s closer to 55,000 according to the article) of Al Qaeda’s terrorist magazine by British citizens appears to come from a report published by The Sun, a UK News outlet, on January 18th, 2015.  This report was picked up by another UK news outlet, The International Business Times, and in actuality the timeframe for these 50,000 downloads was in only a 3 months period, not an entire year.

A terrorist magazine which gives step by-step guides on how to make a bomb and urges an attack on the UK is being read by 4,000 Britons a week, according to a report.

The online magazine titled Inspire, released by al-Qaeda in the Arabian Peninsula (AQAP), has been downloaded 55,000 times from UK IP addresses in the past three months, according the Sun on Sunday.

The magazine, infamous for articles with titles such as “How to build a bomb in your Mom’s kitchen”, has been linked to the 2013 Boston Marathon bombing as well as the killing of a Canadian soldier last October.

Charbonnier was one of 12 people killed in the recent terror attack at the officers of the French satirical magazine.

According to reports, between 14 October to 12 January, 54,723 people using a British IP address downloaded an edition of Inspire magazine, the vast majority of which was the spring edition which told readers how to make a car bomb.

The publication also called for readers to commit “lone wolf” style Jihadi attacks on the West.

To be fair, it doesn’t mean that all 55,000 of the British citizens who downloaded this terror manual are Muslims, although it’s logical to assume most of them are since they comprise Al Qaeda’s target audience.

Issues of Al Qaeda’s terrorist magazine, Inspire, has published many articles encouraging “spiritual warriors” to strike at infidels using common items and how to inflict maximum casualties.  In one issue of Inspire, which included a “Mujahid Pocketbook” guide to terror, they featured an article titled “The Ultimate Mowing Machine” and showed a picture of a large Ford truck, evidently intending for readers to use large vehicles to “mow down” infidels. 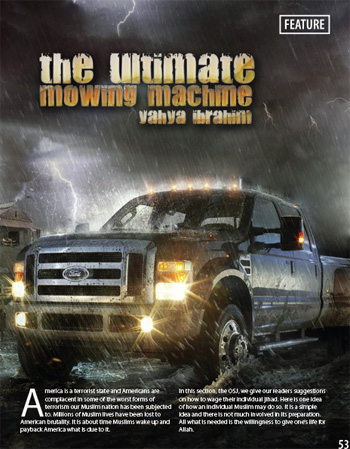 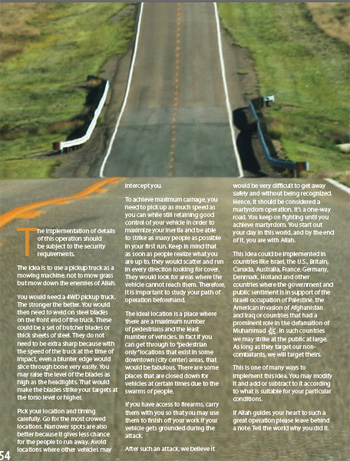 Part of the article reads as follows (translated):

“Pick your location and timing carefully. Go for the most crowed locations. … The ideal location is a place where there are a maximum number of pedestrians and the least number of vehicles. In fact if you can get through to ‘pedestrian only’ locations that exist in some downtown (city center) areas, that would be fabulous. There are some places that are closed down for vehicles at certain times due to the swarms of people.”

“If you have access to firearms, carry them with you so that you may use them to finish of your work…”

“… it should be considered a martyrdom operation.”

“This idea could be implemented in countries like Israel, the U.S., Britain, Canada, Australia, France, Germany, Denmark, Holland and other countries where the government and public sentiment is in support of the Israeli occupation of Palestine, the American invasion of Afghanistan and Iraq or countries that had a prominent role in the defamation of Muhammad…”

This particular article clearly delivers tips on how to use vehicles as a weapon, which is exactly what one radical Muslim did in yesterday’s London terror attack.

Shockingly, the issue of Inspire magazine that included this article (page 53) can be found in PDF format here, all 74 pages of it, which shows how easily available these materials are for fanatics wishing to unleash a radical Islamic terror attack on innocent citizens or “non-believers”. Oddly enough, the article starts out by saying “America is a terrorist state” and subjects Muslim countries to the “worst forms of terrorism”. As if mowing down innocent civilians with vehicles in Western countries isn’t the worst form of terrorism?

As far back as 2013 the Inspire magazine encouraged using household materials for terror attacks, famously publishing the article titled, “How to build a bomb in the kitchen of your Mom”.

Despite liberal activists criticizing Tommy Robinson for his statements regarding Islam, the speeches and documents coming out of “radical Islamists” are clearly encouraging their followers to commit Jihad against the West.

In fact, it doesn’t get any clearer than tens of thousands of Muslims downloading and reading terrorist handbooks, and even if only the smallest fraction of them carry out terror attacks, it would cause national chaos on an unimaginable scale.  This is the very future that Donald Trump is trying to prevent for America, despite biased judges preventing his travel bans from taking place, and it seems no matter how many terror attacks are carried out around the world, liberal activists will still lobby for allowing radicals to enter the country.

The full video of Tommy Robinson’s interview can be viewed below (Warning: Language). 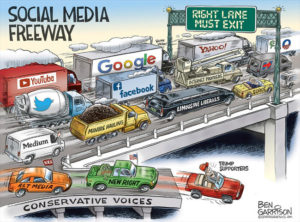