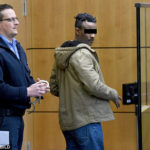 A man being described as an “asylum seeker” in Germany has been arrested after throwing a woman out of a window, resulting in her suffering two broken legs, after he reportedly got drunk at a refugee center in Bensheim and became enraged when the woman refused his sexual advances. Dawit A., age 34, is accused […] 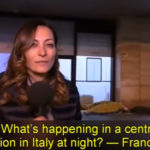 Italian reporter Francesca Parisella, who works for Italy’s Matrix Channel 5 in Rome, was shocked after being attacked on live television last week by hosting a report on refugees who stopped in Italy on their way to other European countries. Parisella is reporting outside a train station in Rome, which is large well used central […]

A 16-year-old girl from Germany posted a very candid video of herself to her Facebook page where she delivers a brutally honest assessment of the refugee crisis in Germany, how she is afraid to even go to the super market after dark and how she cannot believe that the politicians of her country continue to […] 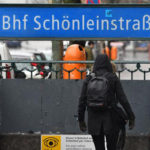 Just as German citizens were recovering from a truck attack on a busy Christmas Market in Berlin, perpetrated by a Tunisian refugee seeking asylum, another instance of savagery in Berlin is suspected to have taken place at the hands of Syrian and Libyan migrants. As ABC news reports, German police have arrested 7 refugees who […] 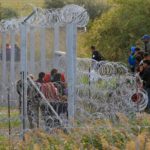 Middle-Eastern migrants and refugees are getting particular as to which country they settle down in it seems, as they are protesting at the Serbia-Hungary border for entry so that they can make it into other EU countries.  Hungary had recently erected a border fence to keep refugees from flooding into their country, as well as crossing […] 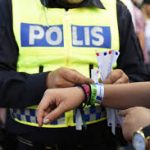 I’ve written previously about the problems that Sweden has faced with mass sexual assaults since importing thousands of Middle Eastern refugees, as they are now ranked 2nd in the world for most rapes per capita, and this is only the latest in a series of rampant incidents.  In fact, Sweden recently released a program aimed […] 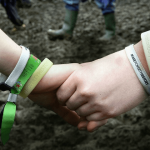 Well this should end the migrant rape epidemic in Sweden fairly quickly…wristbands that say “Don’t Touch Me.”  What a genius idea!  As if a woman screaming, “Stop, stop, help, police!” during a rape doesn’t quite give the rapist the idea that she doesn’t want to be touched by him.  Just in case the screams of […]