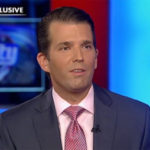 As the media continues their relentless criticism of Donald Trump Jr. for daring to meet to a Russian lawyer regarding the possible misdeeds of Hillary Clinton during the 2016 election, Trump appeared on Sean Hannity’s show last night to set the record straight. Earlier that day Trump Jr. released copies of the email chain between […] 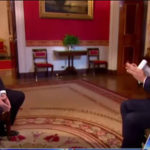 In President Trump’s first cable news interview since the inauguration, he spoke with Fox News anchor and radio personality Sean Hannity about the issues facing our nation today, as well as how he intends to fix them. President Trump touched on a wide range of topics, most of which he also addressed during his campaign, […] 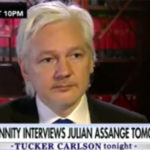 In an interview set to air on the Sean Hannity Show Tuesday night, Wikileaks founder Julian Assange once again seeks to clear up the allegations that Russia was directly responsible for hacking the DNC and John Podesta’s email servers during last year’s election. Every mainstream media outlet from the Washington Post to the New York […] 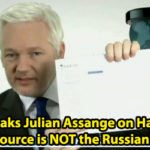 Yesterday, Wikileak’s founder Julian Assange was on the Sean Hannity Radio Show for an interview to discus the DNC leaks, Podesta emails and accusations of Russian hackers influencing the election. Hannity points out several times throughout the interview that in the 10 years since Wikileak’s founding, they have never been proved wrong, inaccurate or incorrect […] 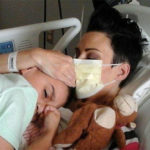 Yesterday I reported on the Sean Hannity radio show and how Melissa Young, the former Miss Wisconsin pageant winner who spoke out in support of Donald Trump during the primaries, took a turn for the worse due to her terminal medical condition.  Her health isn’t the only thing she has to be worried about, however, […] 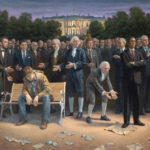 Sean Hannity has been one of Donald Trump’s biggest media champions during his campaign, often being one of his most steadfast supporters on network television and radio even through the most violent of media blitzes against him. The day after Trump’s triumphant victory on election day, Sean Hannity talked about “The Forgotten Man” painting by […] 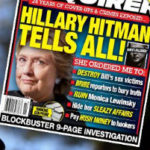 Tonight, live on Sean Hannity on Fox News at 10:00pm Eastern Time, Hillary Clinton’s “Mr. Fixer” will be revealed and interviewed!  Last week, the National Enquirer detailed stories directly from this anonymous “fixer” of Clinton’s who was responsible for cleaning up some of her most scandalous affairs including both her and Bill’s indescretions. Hillary ‘Mr […]

Hillary Clinton and the Democratic party might have a surprise coming soon, as Julian Assange said during an interview with Sean Hannity last night that will be releasing the next batch of Clinton leaks in the next few weeks. Sean Hannity asks Assange about a “significant amount” of information regarding the Hillary Clinton campaign, and […]